De Roo is responsible for various fields of research, all of which are related to decision-making concerning purposful interventions within the physical environment. Most of his research and his publications are focusing on decentralization processes, in particular those concerning physical and environmental planning. Another part of his research focuses on the development of decision-making models that support choices concerning interventions within the physical environment. In his research De Roo takes the stand the world develops non-linear, is dynamic and is to be seen as 'complex'.

De Roo participates in various national and international associations and organizations, all of them having in common the physical environment, quality of life, sustainability and urban development. Gert de Roo is elected President of the Association for European Schools of Planning (AESOP), which is from 2011 until 2015. In Perth, Australia, July 2011 at the 24th AESOP Annual conference he was elected unanimously by the Country Representatives. AESOP has 170 member schools (see www.aesop-planning.eu) and is the leading network organization promoting the academic discipline Spatial Planning. AESOP offers annual conferences, working groups focusing on specific themes, a network for Young Academics, and more. AESOP also issues various prices being considered prestigious in the field of Spatial Planning. AESOP continuously disseminates crucial information about Spatial Planning to its members. For De Roo’s Perth speech click here.

De Roo is editor of AESOP's InPlanning Digital Platform, and the Ashgate Publishing Series on Planning Theory. He also participated in the editorial board of Planning Theory & Practice. 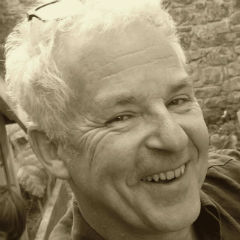